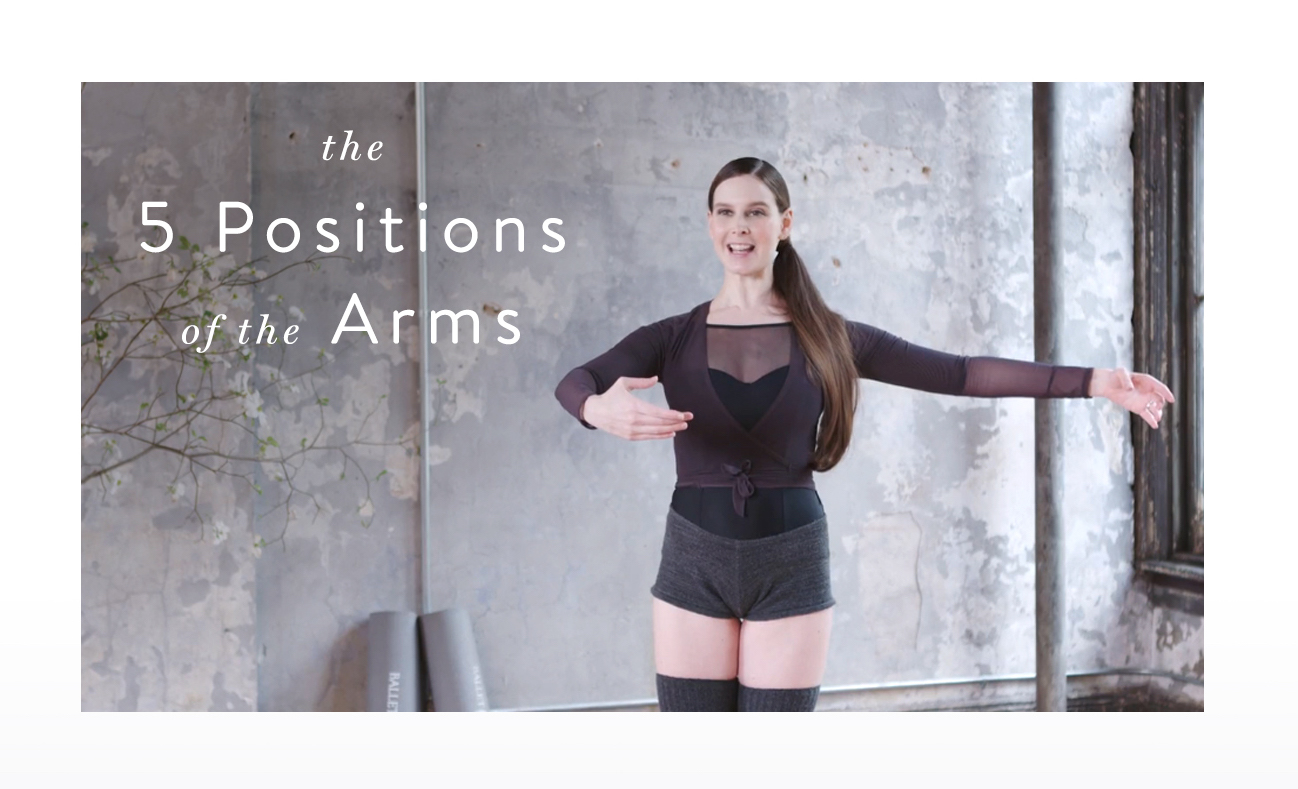 Technique Tune Up! Master your Port de Bras with Mary Helen's helpful guide to the Five Positions of Ballet Arms:

First position: Arms are extended to the front in a circle, with the hands in line with the waist.

Second position: Arms are open wide to the sides, with the elbows slightly round and lifted.

Third position: One arm rounds in front (as in first position), and the other arms extends out to the side (as in second position).

Fourth position: One arms rounds in front, and the other extends above the head - again, rounded at the elbows, fingers relaxed.

Fifth position: Both arms are lifted up over the head and rounded into a circle (similar to first position).

In this video Mary Helen walks you through the Five Positions of the Arms and shows you the correct posture for each one: