History of the Nutcracker Ballet 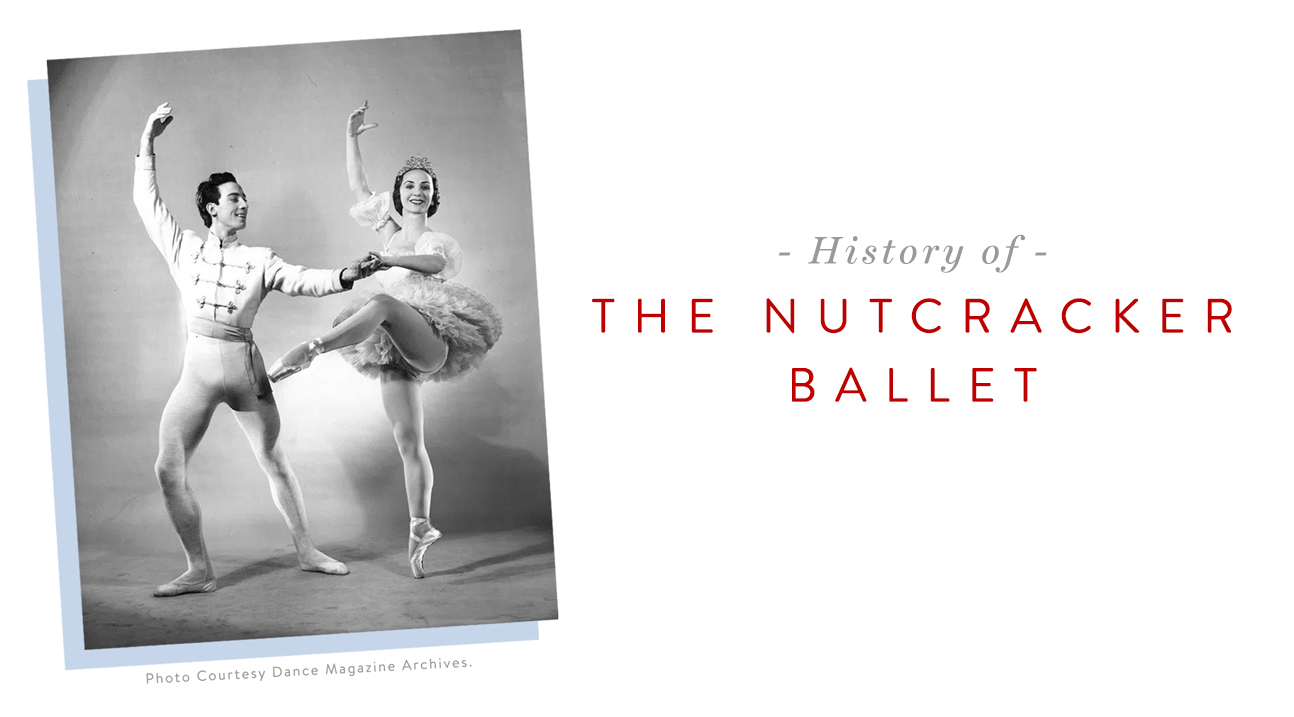 Holidays at Ballet Beautiful mean Nutcracker workouts! In honor of this year's Holiday Nutcracker themed workouts, we wanted to take a closer look at the history of this magical ballet beloved around the world. For many people, attending a performance of "The Nutcracker" is a holiday tradition and an introduction to the world of classical ballet and music.

The story of The Nutcracker originally derives from “The Nutcracker and the Mouse King,” by E.T.A. Hoffmann, which was subsequently adapted by renowned French author Alexandre Dumas as “The Story of a Nutcracker” in France in 1844. In 1890, the Russian composer Tchaikovsky was commissioned to compose a double bill that featured the opera Iolanta, and the Nutcracker ballet. The composer teamed up with ballet master Marius Petipa of the Imperial Ballet, with whom he had also worked on “The Sleeping Beauty,” to create what would become one of the world's most popular classical ballets. While the premier was critically acclaimed, it was not until after Tchaikovsky's death that that the ballet grew to become a treasured holiday tradition with George Balanchine's 1954 production with the New York City Ballet.

The Nutcracker story opens on Christmas Eve in a family's grand and beautiful home which is the scene of a lovely Holiday Party. Drosselmeyer, Godfather to the family's children, makes a dramatic entrance to the party with presents for his Godchildren, Clara and Fritz. Clara is delighted by her gift of an ornate nutcracker doll and her brother receives a drum. After the party ends, Clara falls asleep with her nutcracker under the Christmas tree, and the audience is transported to a fantastical dream world. Clara watches as her nutcracker doll and other toys around the tree spring to life and battle an army of giant mice, led by an evil Mouse King. After defeating the mice, the nutcracker doll transforms into a handsome prince and leads Clara into a moonlit night, through a pine forest where snowflakes dance around them.

Act Two begins with Clara and the prince traveling to the beautiful Land of Sweets, ruled by the Sugar Plum Fairy. After much merriment and a parade of sweets from around the world, the Sugar Plum Fairy and her Cavalier perform their most famous dance. To score this moment, Tchaikovsky searched far and wide for just the right “heavenly sweet sound" that would call to mind a sense of magic and celestial elegance. While visiting Paris, he discovered a new instrument aptly called the Celesta, which resembles a small upright piano, but has a very distinctive, high, bell-like sound. Tchaikovsky was very proud of its effect and was eager to perform The Nutcracker for the public, to be the first major work to make use of this beautiful new instrument.

The celesta and the Sugar Plum Fairy likely had an even more profound meaning for Tchaikovsky, who was deeply affected by the loss of his sister just before he began work on composing the ballet. In the otherworldly character of the Sugar Plum Fairy and her dance to the cascading and liturgical Adagio and the heavenly sounds of the celesta used throughout other elements of Act Two, Tchaikovsky crafted a loving tribute to his beloved late sister that will live on through the ages.

Since its creation, the Nutcracker has been a great source of inspiration and has been adapted and reimagined by countless choreographers around the world, bringing joy and amazement to audiences spanning the decades. This cornerstone of classical music and ballet has truly become one of the most cherished holiday traditions of all time, providing an unforgettable spark to the season.

Prepare to step onstage as a Snowflake, Flower and yes, even the Sugarplum Fairy this holiday season with our Nutcracker Workout Bundle!