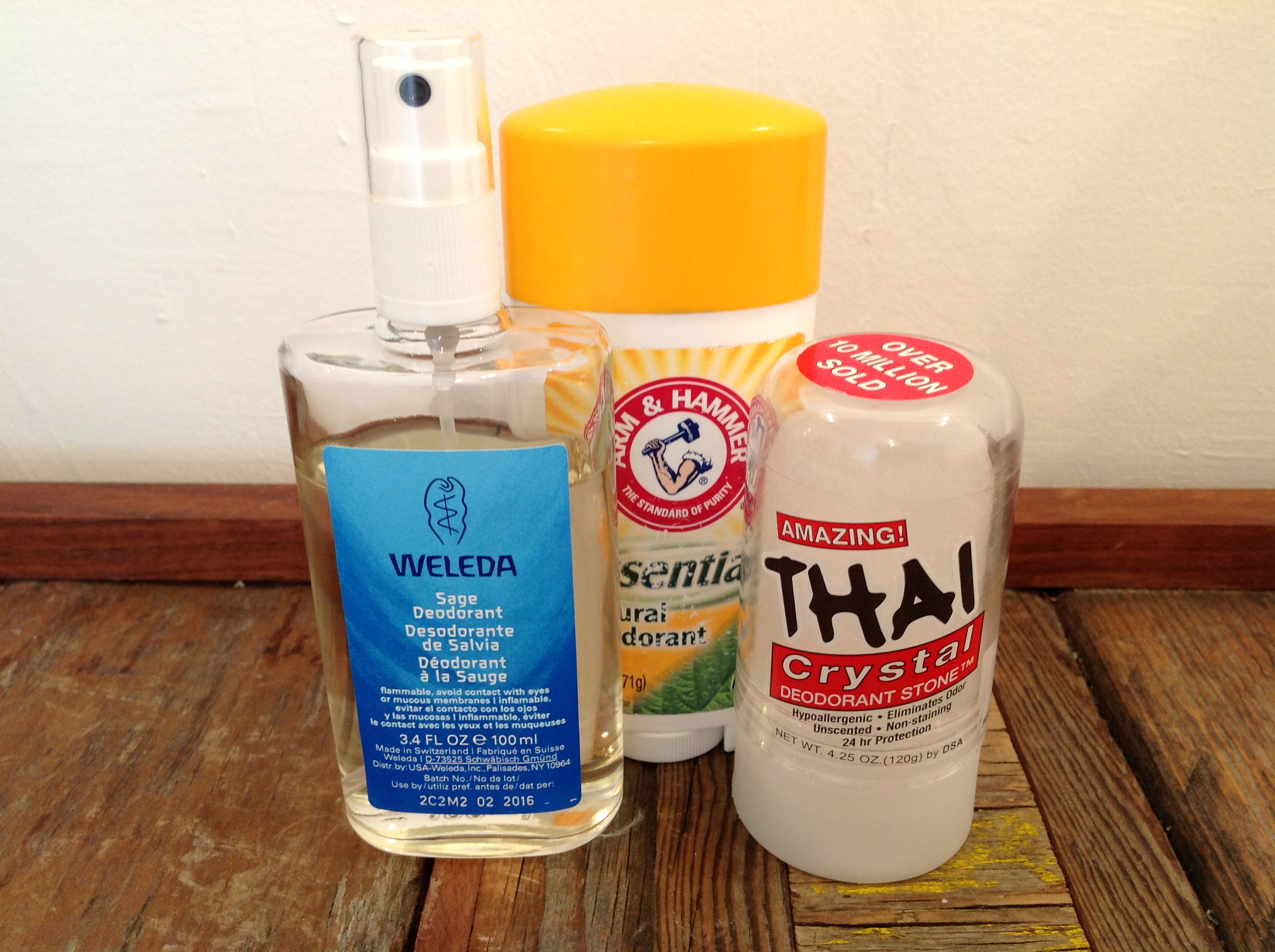 Dr Sonal Parr weighs in on one of our beauty obsessions – natural deodorant!  Should we or shouldn’t we?

I was recently asked this question and all I could think of was the foreboding of my Indian mother warning that antiperspirant was unnatural and bad for me.  But is there any science behind antiperspirant’s bad rap?

The first thing to clarify is that deodorant and antiperspirant are different.  Deodorant makes you smell nice whereas antiperspirant (just like it sounds) keeps you from sweating.

It seems like the main concern in the pop-science literature is centered around aluminum — the active ingredient in antiperspirant.  There are only a few studies that have addressed the question scientifically.   Aluminum forms a temporary plug in your sweat glands preventing the sweat from reaching the surface of your skin.   There are no reports of people holding on toxins as a result of aluminum but there are reports of it causing breast cancer because high levels of aluminum were found in breast cancer tissue and nipple fluid.  There are also reports of aluminum being linked to Alzheimer’s disease because in some of the early Alzheimer’s research they found high concentrations of aluminum in the diseased brain.   I won’t bore you with the nuances of scientific research and the difference between causation and correlation but suffice it to say that none of these studies are sufficiently convincing to warrant true worry.  Even the American Cancer Society does not support the claim that antiperspirant increases breast cancer risk.

That said, I always worry about putting chemicals in or on my body.   To to find the least toxic options I like the website www.goodguide.com.  Even though the aluminum is probably OK there are hundreds of other potentially hazardous additives like silica, propylene glycol and parabens to name a few.  Choose a product that gets a 10/10 in the health category.   My favorite is the Body Shop’s Aloe Antiperspirant and Deodorant.  Not only does it get a 10/10 for health but it gets high marks for being socially and environmentally conscious.

I must admit that my lifelong concern about antiperspirant is derived from my mother’s non-scientific notion that it’s somehow bad to prevent sweat.  What if there are toxins and evil humors that we really do need to “sweat out”?  I guess we all have to decide for ourselves but at least so far, the science really doesn’t support this idea.  I am personally relieved to report that we’re all fine to continue using our deodorant/antiperspirants without “sweating it”.