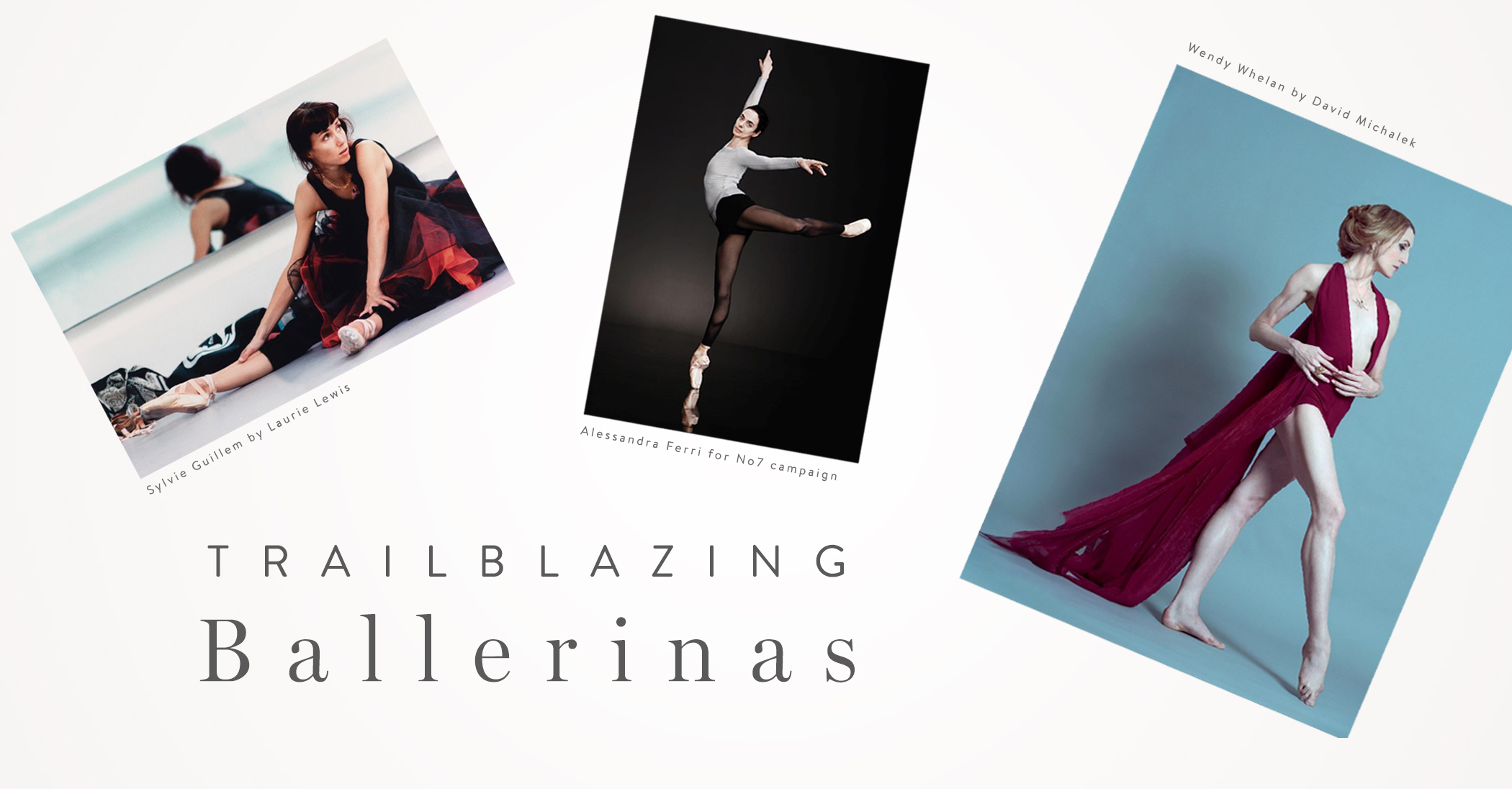 Trailblazing Ballerinas like Sylvie Guillem, Wendy Whelan and Alessandra Ferri prove there is no time limit on living and pursuing your dreams. These inspirational artists embody dedication and excellence. Their dogged pursuit of a professional dance career beyond that of the typical Classical Ballerina has broken boundaries and is resetting industry standards regarding age. Brava to these powerful dancers.

Seeking greater artistic independence, Guillem left Paris for London in 1989 to become a freelance performer and guest artist with the Royal Ballet. Guillem’s dynamic dance career has been remarkably nontraditional. A force both on and off stage, Guillem created a dance television program, staged her own version of Giselle for the Finnish National Ballet, and in 2001 restaged the ballet for La Scala Ballet in Milan. By 2006 she moved from ballet to contemporary dance and embarked on an international farewell tour titled Life in Progress. Guillem is a shining example of forging your own path and following your heart.

Wendy Whelan is an incredible ballerina who danced with the New York City Ballet for 30 years. Whelan joined New York City Ballet in 1985 and was promoted to principal dancer in 1991. She has danced all the major Balanchine roles as well as new works by more modern standout choreographers like Christopher Wheeldon and Alexei Ratmansky - with many roles being made specifically for Whelan. She has been a guest artist with The Royal Ballet and the Kirov Ballet and has performed all over the U.S., South America, Europe, and Asia.

In 2012 Whelan began to develop new collaborative dance projects beyond the stage at New York City Ballet. The recent documentary, RESTLESS CREATURE: WENDY WHELAN, offers an intimate portrait of Whelan as she prepares to transition away from her life as a classical ballerina and leave New York City Ballet after three decades of dancing with the company. In the film we see her tremendous physical and personal strength, resilience and good humor as she navigates ageism, retirement from the company, and a career threatening injury. Whelan explores the world of contemporary dance and steps outside the traditional world of ballet to create Restless Creature, a collection of four contemporary vignettes forged in collaboration with four young choreographers.

Alessandra Ferri is an Italian prima ballerina. She danced with the Royal Ballet, American Ballet Theatre, La Scala Theatre Ballet, and as an international guest artist before temporarily retiring on August 10, 2007 at age 44. In 2013, at age 50, she came out of retirement and returned to dancing, eventually being granted the rank of Prima ballerina assoluta.

She has won numerous awards for her achievements in dance and performance. Ferri is now 55 and continues to dance. She is extremely inspiring as she is breaking the boundaries or what is considered normal. She is an active force in the world of ballet and is changing what we see as traditional or expected.